Editor’s note: Allison Wallace of Australia recently shared with us photos of His Highness the Aga Khan’s visit to the Aga Khan Primary School, Nairobi, (see link at bottom of this page), which she discovered in the collection of her mother, Mrs. Jean Kirk, who passed away earlier this year. Among the photos we published from the album of the school’s former headmistress was a unique, previously unpublished portrait of the Aga Khan. We are pleased to inform readers that the photographer of that portrait, Sarfraz Sadaruddin of Vancouver, Canada, has approached us and generously provided us not only with permission to publish his photograph, but also a sister portrait taken at the same time (both of which are reproduced below). He has also provided special permission, under a Creative Commons License, for others to use these portraits, subject to the conditions and restrictions laid out below. We sincerely thank Sarfraz for providing these magnificent images of the original photos which were first posted on this blog’s sister website http://www.simerg.com earlier this week for the auspicious occasion of Eid al-Fitr.

Sarfraz Sadaruddin’s Portraits of His Highness the Aga Khan 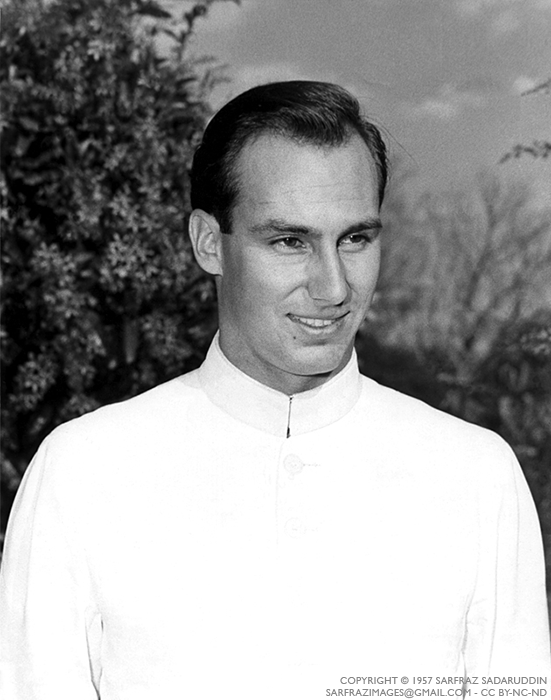 During His Highness the Aga Khan’s 1957 visit to East Africa — his first after becoming Imam of the Shia Imami Ismaili Muslims, the Aga Khan hosted a private function at his residence for many dignitaries — including the late Tom Mboya — and Ismaili community leaders. Sarfraz Sadaruddin, then 19, was one of the photographers covering the event and, never one to be shy, requested the Aga Khan if he could take some portraits of him. The Aga Khan graciously agreed, asking Sarfraz to proceed to the rear garden where he could take the pictures he needed while the Aga Khan was engaged with his guests there and this was when and where these two portraits were taken. 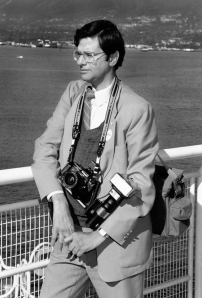 Sarfraz Sadaruddin, son of the late Rai A.M. Sadaruddin. was born in Nairobi, Kenya where he developed a passion for photography in his mid-teens and apprenticed with Kodak Limited for five years before moving to Hamburg, Germany, in 1960 where, on scholarship, he attended Agfa’s training college. Later, he moved to London to continue his photography studies at Ealing Technical College and then worked as a professional, freelance photographer, in the U.K. and continent, for newspapers, advertising firms and Royalty. In 1980, he moved to Vancouver, Canada, where he now resides and continues covering events. 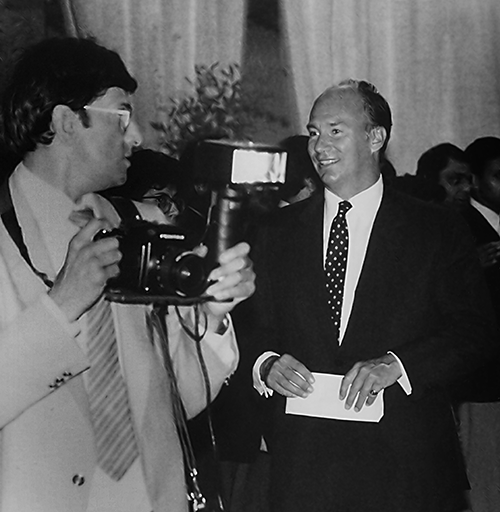 In London, Sarfraz was invited to cover the Foundation Stone ceremony of the Ismaili Centre as well as the Aga Khan’s community visits and functions. 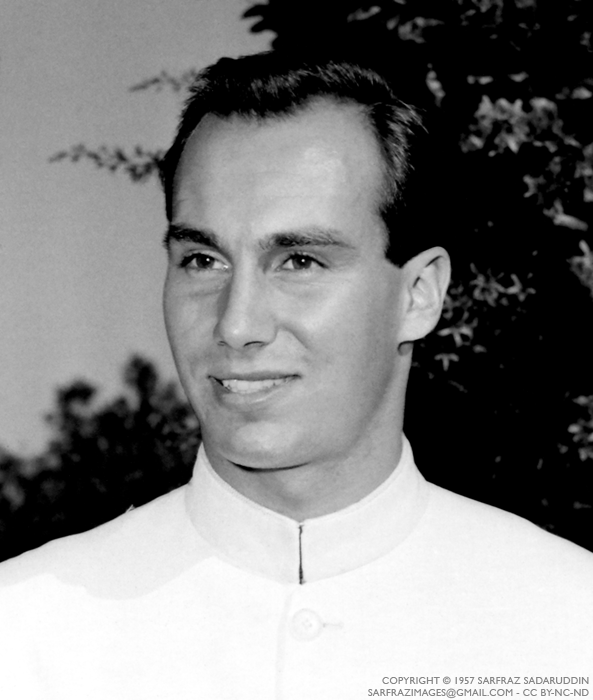 In Vancouver, Sarfraz continued to cover the Ismaili Imam’s visits, including extensive coverage of the opening ceremony of the Ismaili Centre, Burnaby, which took place in the presence of then Prime Minister, Brian Mulroney, then British Columbia Premier, Bill Bennett, and His Highness the Aga Khan.

Also in Vancouver, outside of the community, Sarfraz was an official press photographer for many visits of Royalty as well as the World Expo, 1986. Key Expo events he covered include the opening by His Royal Highness Prince of Wales and the late Princess Diana and twenty “National Days.” He was complimented by the then Lieutenant Governor of BC, The Hon. Robert G. Rogers, for his outstanding work.

LIMITED PERMISSION TO REUSE THE PORTRAITS

In order that the Jamat may enjoy and use these two portraits, Sarfraz is releasing them under under the Creative Commons Attribution-NonCommercial-NoDerivatives 4.0 International License (CC BY-NC-ND) — the first time, to my knowledge, photographs of Mawlana Hazar Imam, have been so generously shared for the Jamat to enjoy without fear of copyright infringement. Please note the images are still copyright and not in the public domain, but the license does allow them to be re-used non-commercially, without modification and with credit as embedded in the images and set out as below, including the web-link:

Sarfraz kindly requests that all those who have copied and republished his photograph from the original posting on Simerg and its sister photoblog Simergphotos, to please add the above credit and replace their images with the one published here.

Profile of Mohib Ebrahim at Contributors.

Link to photos taken at the Aga Khan Primary School:

My Late Mother, Jean Kirk, and Her Special Collection of Rare Photos of His Highness the Aga Khan’s Visits to the Aga Khan Primary School in Nairobi by Allison Wallace

For a complete list as well as links to photo essays published on this blog please click on Table of Contents.

← (Irresistible) Street Foods of South East Asia Through My Lens by Muslim Harji
My 2014 World Cup Adventure in Brazil – A Dream Come True! →