Photo Essay: The Robben Island Prison Through My Lens by Muslim and Ayesha Harji

Editor’s note: As we have seen in earlier posts, Muslim Harji’s journeys have taken him far and wide around the world. His photos of Jesusalem, Iran, the Street Foods of India, the Dubai Ismaili Centre (see links below) have captured the imagination of our readers worldwide. In 2006, he visited with his daughter Ayesha the infamous maximum security prison, “Robben Island”, where Nelson Mandela spent 18 years of his life. He shares the pictures he took for the first time via this blog following the recent death of the great African freedom fighter and icon at the age of 95.

By Muslim and Ayesha Harji

A close-up of a detail of a South African Hundred Rand banknote, featuring an engraving of the face of iconic statesman Nelson Mandela, giving his trademark smile. South African wildlife and African designs form the watermarked background. Photo: Istockphoto. Copyright.

“Nelson Mandela was not just a hero to South Africa or to black Africans. Nelson Mandela was a hero to the world. To those fighting oppression, to those looking for convincing that one person could change the face of history, to all those facing a seemingly insurmountable challenge. Mandela taught us about perseverance, about standing up for what is right and about how one person can make a difference.” – Ayesha Harji

The Cape Peninsula seen from the West, False Bay (right) and Table Bay, with Robben Island (left). Compilation produced by NASA from Landsat and SRTM data.

Entrance to Robben Island Prison – Marched to the single storey maximum security wing, prisoners were mockingly greeted by the words “Welcome to Robben Island: We serve with pride” painted on an arch over the road.

General prison Dorm – “In the winter of 1964, Nelson Mandela arrived on Robben Island where he would spend 18 of his 27 prison years. Confined to a small cell, the floor his bed, a bucket for a toilet, he was forced to do hard labor in a quarry. He was allowed one visitor a year for 30 minutes. He could write and receive one letter every six months. But Robben Island became the crucible which transformed him. Through his intelligence, charm and dignified defiance, Mandela eventually bent even the most brutal prison officials to his will, assumed leadership over his jailed comrades and became the master of his own prison. He emerged from it the mature leader who would fight and win the great political battles that would create a new democratic South Africa.” — Frontline 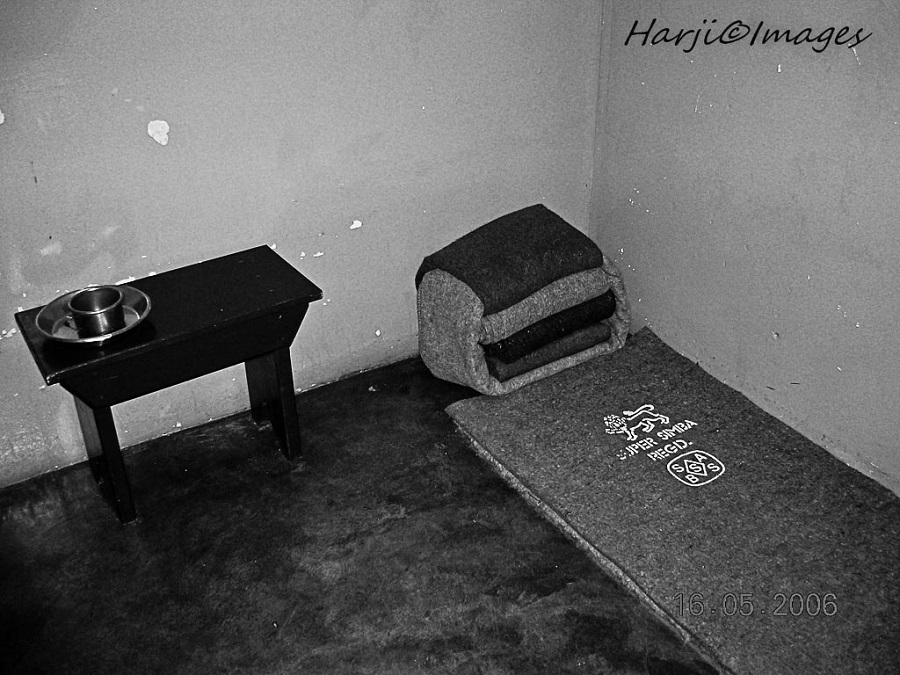 Mandela’s 8-foot square cell still retains the thin blanket which served as his bed. A small window overlooks the courtyard, while a makeshift bed with three grey blankets atop a sisal mat provide scant protection from the cold, bare cement floor. “I could walk the length of my cell in three paces. When I lay down, I could feel the wall with my feet and my head grazed the concrete on the other side,” wrote Mandela, once a lanky amateur boxer.

“Mandela’s single cell. A tiny table, with metal cup and plate, and a dented ablution tin remain as they were decades ago.”

Cloud covered View of Cape Town from the Prison Yard. “Lying 10 km (6 miles) from the glitz and glamour of the resort city Cape Town, the islet looks deceptively close from the shore.” 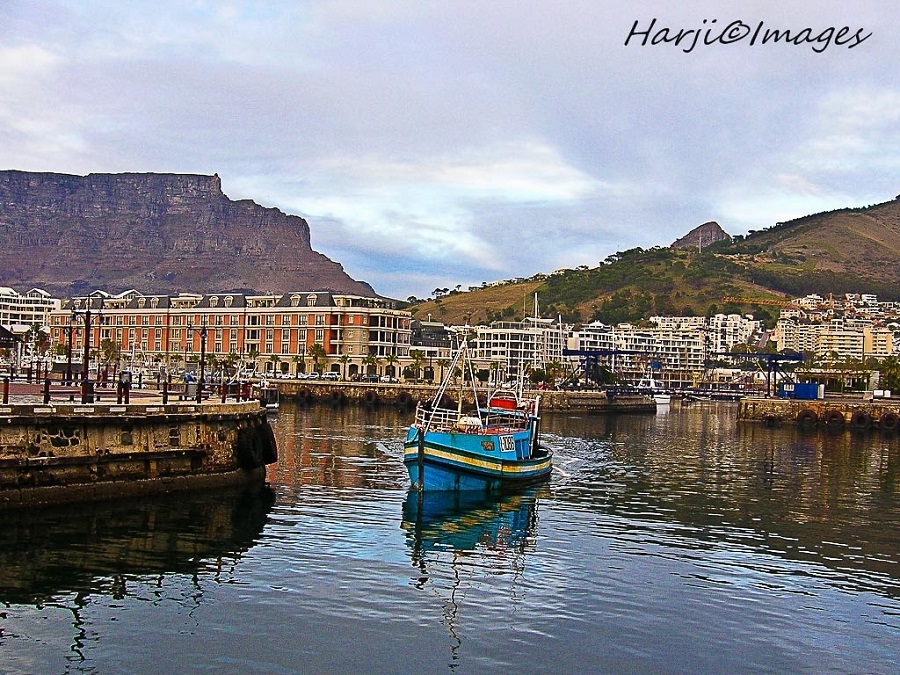 View of Cape Town on return from Robben Island Prison Table mountains in the background.

Profile of Muslim Harji with links to his other posts at Contributors.

For a complete list as well as links to photo essays published on this blog please visit the Home Page or Table of Contents.

← The Magnificent Aga Khan University, its Symbolic Logo and the Elegant Jamiapoash Worn by His Highness the Aga Khan for the University’s Convocation
Photo Essay: Ismailis in China →

7 thoughts on “Photo Essay: The Robben Island Prison Through My Lens by Muslim and Ayesha Harji”